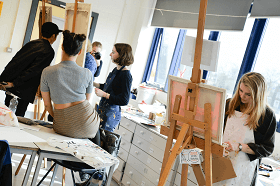 Remember that bit of business psychology called The Halo Effect? Recruiter Madelaine Cooper isn’t talking about divine apparitions, but the fact that if an organisation appears to be attractive from the outside it can predispose candidates to overlook any negatives. If it was true it would be easy to get brilliant people to work for you. 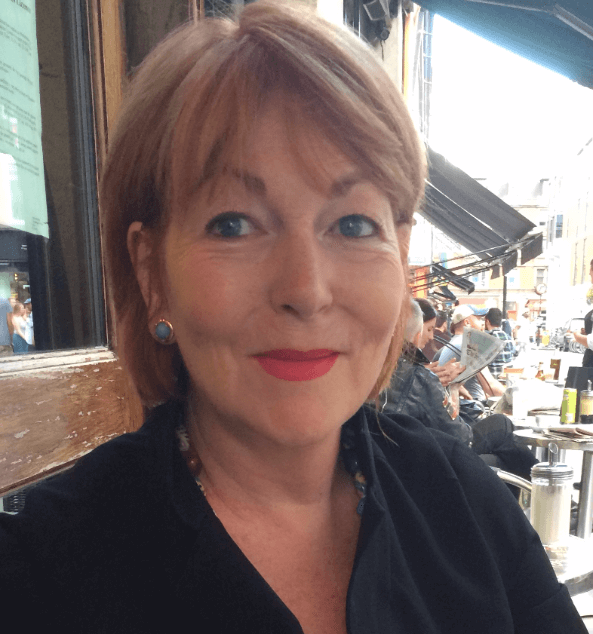 A few turns around the block, and being in and out of the agency and corporate workplace as a Talent Broker in the creative industries has demonstrated to me that this is nothing more than an optical trick. Nonetheless, there’s a continuing illusion around companies which appear to be attractive and articulate from the outside. So often they fail to match their image when viewed from the inside; from the viewpoint of a potential employee during the interview process and early days of their employment. And with these brilliant people being so financially important and representing such a valuable resource to a company which purports to be or wants to be creative in its thinking or its output, this is a discrepancy which needs to be sorted out.

A creative company or a company which needs to behave in a creative way is defined by its people. It often has little collateral beyond the talent and experience that resides in its staff.  Staff are expensive to find and even more expensive to lose. It makes sense to create an environment in which those brilliant people want to join and then want to stay.  Surprisingly amongst the creative sector, not everyone is motivated solely by salaries, very often a decision to stay or go is not money-driven but is based on less tangible aspects:

– Does this company make me feel good?

– Am I a valued member of the team?

– Would I be proud to tell my friends that I worked there?

– Do I want to come in to work every day with this bunch of people who are confused in their thinking?

– Is it a nice environment to work in (physically and emotionally)?

– Can I make something good happen here?

This is where a little well-placed psychology can prove invaluable. Of course, there is a complex industry which spends its whole time evaluating working situations and the psychology of work. It can become very complex and at a certain level, psychology is probably best left to a professional. But the vigilant senior manager who wants to hire well will equip themselves with a basic grip on how to attract and retain staff – they might even bring in the services of an external consultant such as me to work with them on a project by project basis. Basic considerations like:

– How do we select our people?

– What sort of interview process do they have to go through?

– Are the people who are interviewing them good and attractive ambassadors for our company?

– Do those people know how to interview and get the best from a potential hire?

– Will the management have the skills to inspire?

– Where will they physically work and will it be a good place for them to be?

– Who should we invest in for the future and who should we allow to move on as a matter of natural progress?

Just as clients want to work with companies which are vital, efficient and charismatic, staff feel just the same.

These are not hugely complicated issues but they are usually not given much long-term thought, no strategy or plan is developed to answer the questions and ad hoc solutions are patched together which all too often demonstrate to interviewees that there are holes a mile wide in the structure of the organisation.  All this does is to further undermine confidence in the company. Just as clients want to work with companies which are vital, efficient and charismatic, staff feel just the same.

The first point at which most companies have to negotiate the process of psychology at work is in the interview situation. Many companies trust their instincts in interview situations with creative people. Which is valid up to a point but watch out for the dazzle of those halos! There has been considerable research into the whole interview process and it throws up some curiously recognisable traits that most interviewers fall back on. Such as:

– Interviewers make their final decision about an applicant much too early in the interview.

– Interviewers often have stereotypes of “the ideal successful job applicant” against which they measure actual applicants.

– And to me, most shockingly of all, most companies use an algorithm based on LinkedIn criteria to search for the people who they’re going to bring in and effect change in their organisation.

Is this ringing any bells yet? If you go looking for smart people on LinkedIn (or any other similar kind of digital platform) you’re very likely going to be disappointed. Many smart people don’t even put their profiles on to LinkedIn and if they do, by searching against pre-determined criteria aren’t you in danger of just getting more of the same in your company rather than someone who can make a difference?  The truth is also that people’s experience is cumulative rather that finite. They may be reporting some great work that they’ve done in the past but they don’t want to do the same thing all over again for your company. They want to be challenged, to be able to re-frame their experience from the sectors they’ve worked in against the unique demands of your sector.  They want to do even better, more innovative things in their NEXT assignment or job.  Media platforms encourage a “me-too” mentality which can’t possibly produce outcomes which are fresh or even appropriate for purpose.

The truth is also that people’s experience is cumulative rather that finite. They may be reporting some great work that they’ve done in the past but they don’t want to do the same thing all over again for your company.

And yet if hiring companies could just get to grips with a few simple guidelines, they could be so much more effective and attract the right people in the first place. None of this is terribly complicated…

Investing time and money into refining candidate attraction is a matter of respect – candidates generally put a lot of time and effort into coming in and seeing companies. And because their commodity is their knowledge, they will tend to prepare well and do some research before they meet you.  (If you’re shaking your head at this point and wondering why none of your recent interviewees ever meet you and gave a feeling of being prepped and genned-up, maybe it’s because you asked the wrong people to come in…)

Psychology is obviously an incredibly complex area and its application in the workplace could be a minefield. My advice is to apply a template of common sense (accept you don’t get always great results from an algorithm on LinkedIn) and not to get too overloaded with jargon (clever innovators won’t talk TO you but will involve you at all stages of the transformation process). And there should be no dogmatism about what is right for an individual company. The important thing is for each company to be doing something about their thinking. This will immediately make the troops feel better. But then it is equally important for the thinking to be seen to be transformed into doing. If a company says that it is going to do something then it should be seen to be sticking to its word.

To ignore the situation is to be negligent not only to your staff but also to your clients and indeed your shareholders. After all, they’ve all chosen you because they have no doubt been dazzled a little bit by that halo of yours and it seems only courteous to make sure that they aren’t disappointed by the under-whelming “innovators” who are joining your team. Ultimately those same people might well end up working for your rivals…

Madelaine Cooper works as a coach with professionals in the creative industries. She recruited for creative agencies and corporates for the last thirty years. She is also a Governor of the BRIT School. 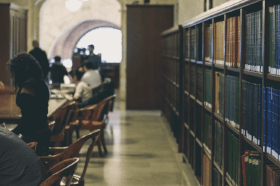